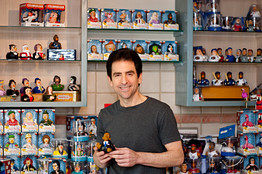 What was the challenge your business was facing as a result of the economy?

The Rubber Duck was invented in America. Now every one is made outside the U.S. Rising prices, longer delivery times and quality-control issues were becoming a major factor in working in China and threatening the company. We decided to bring the industry back to America to Ohio where it all began.

What was the innovative idea you put in place?

We were already the only U.S. company doing our artwork and sculpting here for rubber ducks. Now we were going to bring back the actual final production to America. Everyone said it was impossible with labor costs and safety-law requirements. We were willing to take the risk!

What significant milestone has this innovative idea lead to since Jan. 1, 2009?

We suddenly have companies and businesses lining up to get made-in-America ducks! Not only can we produce them in America, but we can do smaller production runs so more companies can have their own custom ducks made here. Plus our delivery times are now shorter, opening up so many more possibilities.

I was the largest publisher in the country of artwork from television commercials, creating the first ever animation art lines for Coca-Cola, Anheuser-Busch, M&M/Mars, Pillsbury, etc. The rubber duck, like jazz, is an American art form that originated here. Thus CelebriDucks was born as a side business where we created the first ever line of celebrity rubber ducks of the greatest icons of film, music, history and athletics. We felt we could take the level of detail in the sculpting and painting of rubber ducks to a whole new level and elevate the art form altogether. We were even voted one of the top 100 Gifts by Entertainment Weekly and thus sold off the animation business to concentrate on ducks!

Although the rubber duck was invented in America, over the years with all the outsourcing of our manufacturing, it got to the point where not one rubber duck was even made here anymore. In fact, we were the only U.S. company still doing our artwork and sculpting here. But I wanted more than that. I wanted to bring the whole industry back. And then something very unique happened.

We got a call from the Seiberling Estate. Seiberling was one of the original rubber companies in America and they went on to create Goodyear Tire. They also were one of the first ones to  create  rubber duckies! They are in Ohio where they offer tours of their beautiful estate. Back in the early 1930s, with the release of Disney’s Snow White, Seiberling’s director of marketing approached Walt Disney about becoming one of their first licensees and creating a line of rubber Disney characters including a rubber Donald Duck. They were tremendously successful.

When we started speaking to Seiberling, we all agreed that it would be an extraordinary story to actually create a rubber duck for them right back in Ohio where it all began. Our art department was already in Cincinnati. Our new factory was also in Ohio. So why not start to bring the whole industry back here. Seiberling was very excited and the joy of seeing it all come full circle not only to Ohio, but also to the actual place where it all began and create our first made-in-America duck for Seiberling and also for hundreds of other companies has become a reality!

And so we are currently in the process of making ducks here. It has been much more creative with costs and governmental laws, but we are doing it. To deal with the intricacy of our hand painting, the wife of the owner of the factory created a group of stay-at-home moms who are artists to form a painting cottage industry. Bottom line, I am so happy and proud to be able to bring this industry back here. May it be the first of many! 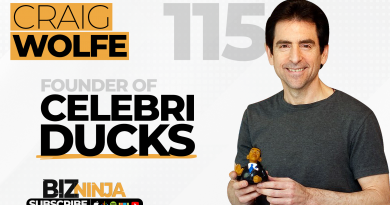 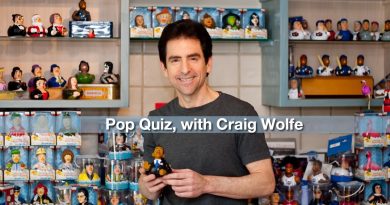