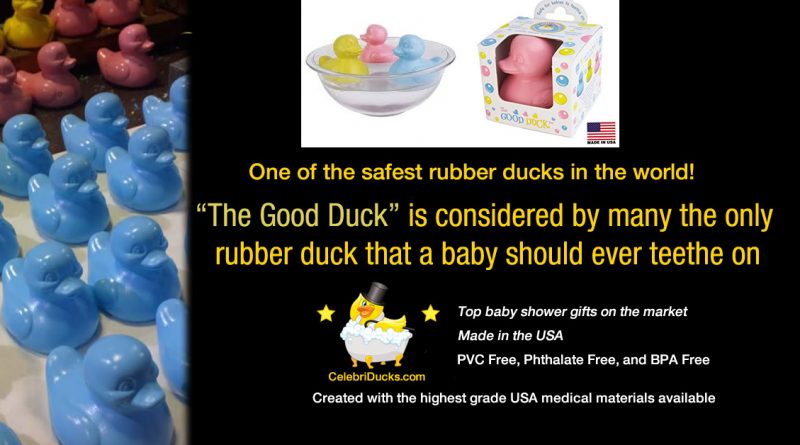 I was never a huge fan of imported baby toys from Asia….especially things an infant or toddler would be chewing on all day.  We have striven to make some of the safest rubber ducks on the market, but it has not been easy.

Many people do not realize that the rubber duck is an American Icon that was invented here before the whole industry went overseas.   I thought I would take a stab at bringing the industry back and making at least part of my line here.

Wow, was that ever difficult.  It nearly killed me.  I was already the only one doing all of my artwork and sculpting in the USA on the whole line, but I wanted to make my PVC free Good Ducks 100% in the USA.  It was a huge risk.  I could not ask the babies if I spent all these monies on expensive molds and costly medical grade materials, would they still like chewing on them and playing with them?

But I moved ahead anyway and released three versions of The Good Ducks in pink, blue, and yellow.  I even made the cute little gift boxes in America.  And guess what…the babies love them!   Now are they are considered by many the safest rubber ducks in the world for babies to teethe on and 100% made domestically.  So, in the end it was worth it and I am really proud of our little Good Duckies.  I get letters from mothers all the time telling me how much their babies enjoy them and they often include pictures.  Now this is one very special baby shower gift!

March 7, 2011 craig Comments Off on 365 Days of Startups Interviews CelebriDucks 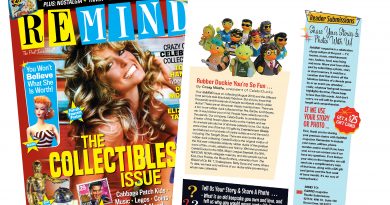 Truly a real blast from the past